From a childhood marked by poverty to a career as a popular artist’s model, French artist Suzanne Valadon (born Marie-Clémentine Valadon, 1865-1938) defied the odds to become a successful painter.

She challenged the social norms of her time to assert her independence, becoming the first self-taught woman to exhibit at Salon de la Nationale des Beaux Arts. Valadon defied her background in terms of class, gender and lifestyle, breaking new ground with her uncompromising portraits and nudes.

It is more than a century since Valadon painted her unapologetic portraits of self-assured women with strong, curvaceous bodies. The Glyptotek’s exhibition Suzanne Valadon – model, painter, rebel presents the contribution the artist made to European art at the beginning of the 20th century with a focus on her agency and business acumen. With their dark hallmark contours and bright colours, Valadon’s works demonstrate wit and boldness in grappling with themes and issues that continue to provoke debate today: female desire, the conflicts of marriage and motherhood, and the way women themselves experience their bodies.

Valadon is not represented in the Glyptotek’s collection of French art. The collection does, however, include key works by the circle of male artists Valadon posed for (Pierre-Auguste Renoir and Henri de Toulouse-Lautrec), surrounded herself by and admired (Edgar Degas, Vincent van Gogh and Paul Gauguin), and whose ranks she later joined as an artist in her own right. The 1885 portrait of Valadon by Toulouse-Lautrec in the museum’s collection testifies to the art network she was part of and came to influence.

The exhibition is accompanied by a richly illustrated catalogue.

This exhibition is organized by Ny Carlsberg Glyptotek in collaboration with the Barnes Foundation, Philadelphia.

Before coming to Copenhagen, the exhibition will be shown at the Barnes Foundation from 26 September 2021 – 9 January 2022. 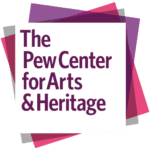 Our sincere thanks for generous support for the exhibition from:

The exhibition is sponsored by:

Joy of Life, Suzanne Valadon, 1911. Oil on canvas. The Metropolitan Museum of Art

See the exciting activities and events, the Glyptotek has to offer. Please note, the events in Danish will not be presented here. Go to the Danish version of the homepage to see all events.